The report of Super Fast Ferry boarding
between Greece-Italy

It is a traveler from Japan to go onboard the experience from the Athens start to
the arrival at Bari of Italy.
Let's report the all here also including valuable information.
Since it becomes long, I divide into two pages the first part and the latter part.

1) It is movement to Patras where a ferry departs and arrives
from an Athens in the city first of all. . 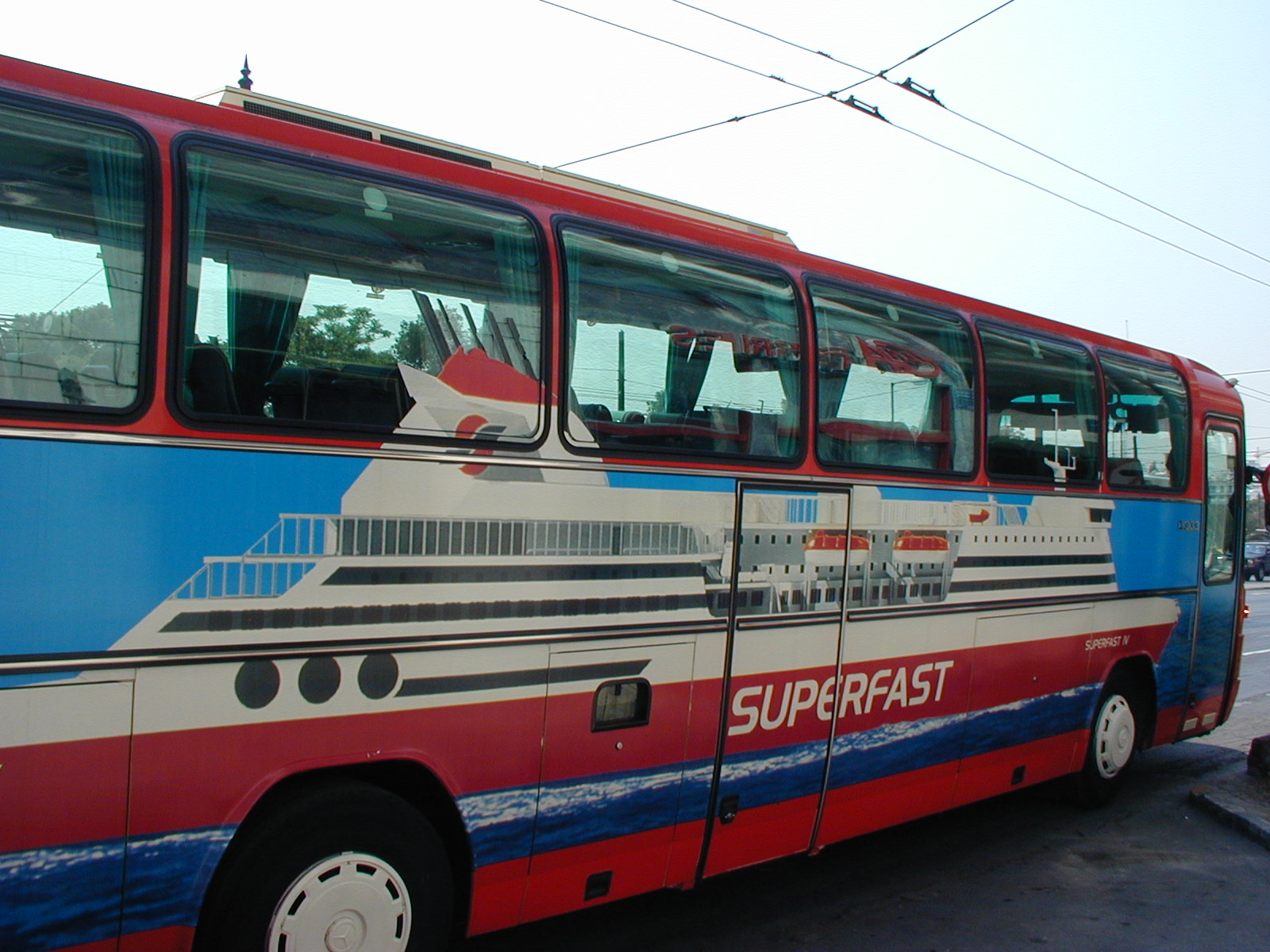 Using the bus of this photograph to Patras for which a Super Fast Ferry leaves from Athens
It may be good.
Although it can also go by train, it takes 3 hours and 25 minutes also by Athens IC 08:49 12:15.

How depending on which this bus rides


A charge may be overdue under a road situation, although the Patras arrival time is the
schedule of 2:30 in 4000 drachmas.
But since it has united with ship's departure and a margin is in time, there are no worries.

It is not forgetting the purchase of a drink, before riding, since it is 2 hours and half nonstop!

- Way until it Enters in Athens from Athens Airport, it Passes Temple of Olympian Zeus and it
Arrives at Sindagma as Amalia
The office of the upper photograph is visible to a left hand.

- It May be Intelligible, when it Goes for the purpose of this, since it is Located
in Other Side to St.Nicodemus Church!
When going by the taxi, it is first to show the paper
which wrote the address of AMALIAS AV30 to the driver.

- Since there are few spaces for siting and keeping a luggage which the function
as a waiting room lacks in this office in time, and take down the waist,
it is careful for edged peoples especially in hot summer season .
However toilet is there ,please ask to the office staff. 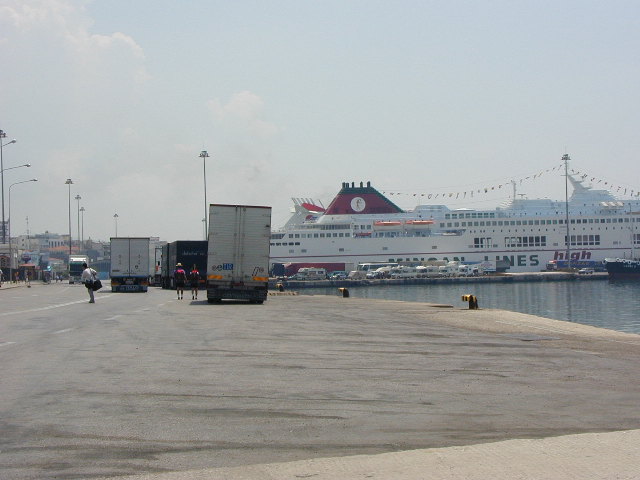 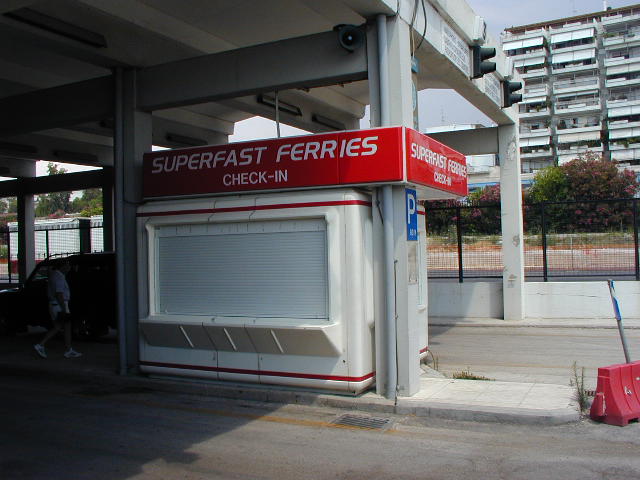 It is taken down to the place at the upper left of a photograph.
The rest is progress to the booth which has an upper right photograph
with thinking that it became the car.

Check-in Even a counter moves.

However, since it will be check-in start time in 15:00, let's wait for it
in the waiting room situated in this side till then.

In check-in, it is exchanged for a boarding pass, and because the rest boards
(start will be in 16:00), it becomes.

(Point to be checked)

Since the red chimney looks small to an upper left photograph and the back in Bari going,
there is still considerable distance from the waiting room.
Therefore, difficulties preparedness is required when the weather, such as rain, is bad.!

It adds to a cabin which a Japanese tourist usually uses for this ship, and is the cheaper rank of a chair seat, and what and a deck seat.

If cheap, it has in you of ? Backpacker who say anything as O.K., and is a deep thing ferry.
Though a shower is also small to the deck, since inboard equipment can be used.

They are you from Japan which had boarded the same ship.
Mr.and Mrs Kawabe
After a husband retires, it is good relations which are crazy about traveling abroad about twice every year.

It is that Greece Italy also begins this time and was twice used in this ferry.
Although it separated by Bari, how were Naples in Italy and the blue cave?

I am sorry time of breakfast !

the meal of a buffet style -- how was it?
Was it dissatisfied in use with a food ticket that number of articles was restricted?

It continues to the latter part.